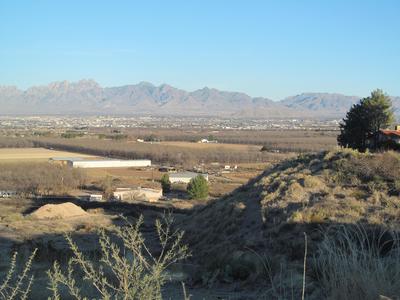 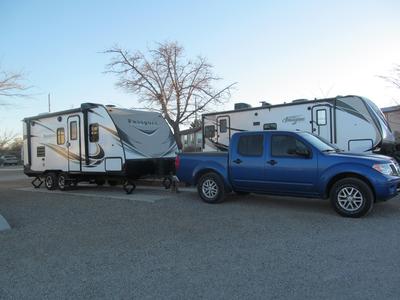 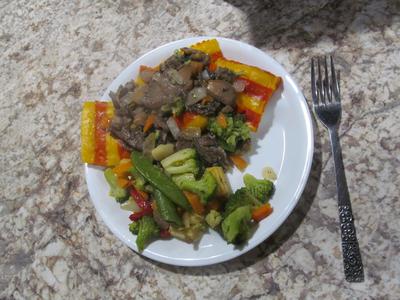 Today we left at 9 am.  We did not unhitch since we were only staying one night.  We continued on I-20 and somewhere before El Paso, we joined I-10.   We had construction in El Paso,Texas that delayed our arrival until 4 pm.  It was so great to get to our site before dark.  The KOA was located on a bluff and we had an areal view of Las Cruces, NM.  The sunset was blocked by houses but the after dark view of the city was amazing.  We had the time to cook a fantastic dinner of lobster ravloli in a mushroom bisque and a mixed vegetable side.  We watched a Hallmark movie on the tablet and turned in rather early at 9 pm.  The drive that day was rather taxing and I was exhausted.  Ever since the unsuccessful backing up in Texas, we requested pull through spaces at the campgrounds.  This made life much easier.  We also by now had a system of using bottled water instead of filling the camper's water tank. I did not want to take a chance on the water lines freezing. The campgrounds all have hot showers, so bathing was not a problem. We were able to use the toilet so life was pretty easy.  We always had electricity so we had heat.  The furnace was a back up.  Even the 25 degree nights were comfortable.